Posted on November 11, 2020 by Fictionophile

Tessa – a librarian from London, is single and in her mid-thirties. She buys into a time-share of a beautiful old farmhouse in south-west France. She shares the house with six other people and they all get along well – until a tragic accident takes the life of one of the co-owners.

Castignac was built in 1860 and is situated overlooking a market town. The farmer who sold it to the group of Brits had installed a pool to aid in the sale. The farmer’s family had owned the property for generations. Also on the grounds of the farmhouse was an old ruin of the previous house which is accessed by an arched gate. 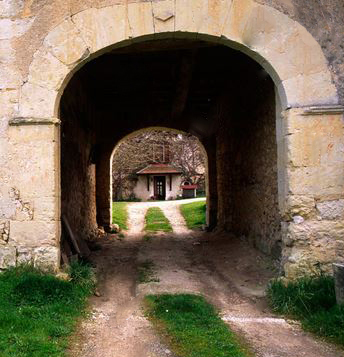 Tessa shares her holiday home with three couples: Stephen and Angela, Graham and Lily, Ian and Jenny.  Tessa’s boyfriend Mark sometimes visits her when she is in France.  Tessa becomes interested in the history of their new home, especially when she discovers a wild orchid on the property. The orchid is called ‘the hanged man’ and it is fitting that it should be found there as the grandfather of the man who sold them the house hung himself there years ago. 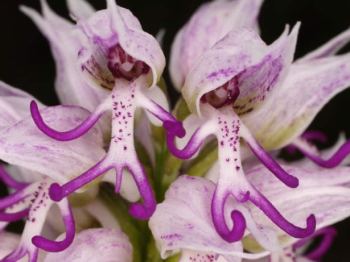 Jean-Louis – the farmer who owns Castignac. His brothers have gone off to war and he is struggling to get all the work done with only his wife and small baby.

Hébrard – from a farming family in eastern France, is conscripted into the French army during WWI. He is billeted at Castignac on his way to the Western Front. Fearful of what awaits him, he deserts the army and hides out at Castignac for the course of the war. The farmer is glad of his help. After WWI is over, Hébrard remains at Castignac and marries a local girl. Then, during WWII, Castignac is commandeered by Nazi soldiers and a machine gun is trained on the nearby town from one of its windows. Hébrard joins the French Resistance.

Brigitte – the daughter of Jean-Louis, has lived at Castignac her entire life. When Nazi soldiers commandeer her house (and her bedroom) she is distraught. This changes when she finds herself in a romantic relationship with one of the German soldiers…

With myriad characters and told from multiple points of view, this dual time-line novel features a present day accidental death as well as a historical narrative that takes place over the course of the two world wars.

The historical parts of this story were interesting and served as a grim reminder of some dark days in France’s tragic past. The setting of South-Western France was idyllic and the author’s love of the area has shown through her writing.

The characters for the most part I found to be one-dimensional. Hébrard was the only one who the reader comes to know in any depth. I found it interesting to learn that the author has written textbooks in the past – this because I found the narrative style quite dry and textbook-like.

I did learn more about the German Occupation of France in WWII, so the read was worthy on that front. Also, I finished reading this book on Remembrance/Armistice Day, so a WWII novel was perfect timing.

All in all, I would recommend this novel to those who are more into history than characterization and don’t mind a slow-paced, rather dry read.

This review was written voluntarily and my rating was in no way influenced by the fact that I received a complimentary digital copy of this novel from
The Book Guild via NetGalley.
ISBN: 9781913551421    ASIN:  B089WJRCKW

Andrée Rushton has degrees in both history and social work. She was previously a social worker before becoming a civil servant until retirement. In the past she has written various textbooks and articles about social work. She has now turned her writing talents to fiction and this is her second historical novel after publishing The War Baby in 2016. Andrée is also the secretary of the Friends of Putney Library and volunteers with a local primary school, helping children to read. She lives in Putney in South-West London. Andrée says, “I belonged to a group of British people who owned a house in the Ariège near the French Pyrenees for twenty years and I love the countryside there with its mountain views, valleys and abundance of wild flowers. In 2009, my account of our experience was published by Bristol Books and written up in French Property News and the Sunday Times property pages. I also have a family connection with France and a working knowledge of French.”

8 Responses to “The Hanged Man” by Andrée Rushton – Book Review