Posted on December 18, 2020 by Fictionophile 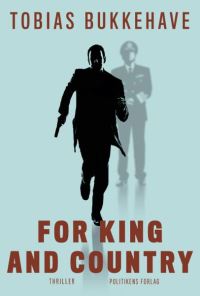 It’s been a long time since I’ve found myself identifying so acutely with a protagonist as I’ve done with Tom Cortzen in Tobias Bukkehave’s new spy thriller, For King and Country (Kongetro, Politikens Forlag) – not, at least, since Michael Ondaatje’s The English Patient, whose titular character’s rejection of a nationalistic identity felt to me like somebody had seen right into my head and heart.

Cortzen, a freelance security expert and former soldier, returns to Denmark after years abroad to attend his father’s funeral. He vows to stay only as long as necessary – attend the funeral and get out. It’s clear a few chapters into the book that Cortzen feels he’s been wronged by Denmark – he alludes to a traumatic event in his past as a soldier that made him turn his back on it and everyone he loved within it. Naturally, those plans go awry, and Cortzen quickly becomes embroiled in cross-national intrigue – featuring an attempted coup in a populist-led United States, a dead Iranian programmer and his missing Danish wife, and a secret Danish intelligence agency called Sector 7 – all in the name of defending a country he professes to despise.

No such trauma forced me overseas – for as long as I can remember, I’ve just felt like I needed to see the world. I’ve thankfully had the opportunity to do so, and I’ve now lived abroad – in the UK, Finland, and Sweden (in Malmö, a bridge away from Cortzen’s home city of Copenhagen) – for nearly 15 years. While I love returning to the US, I’ve still found myself with a powerful empathy for Cortzen’s feelings on returning home. The political turmoil of the Trump administration is likely a major reason; its hateful resonance has felt to me like a repudiation of who I am.

It may also be the strange mixture of alienation and comfort I’ve come to associate with coming “home” – a feeling that you’re looking from the outside in – which Bukkehave captures so well in For King and Country. The feeling that no matter where you go in the world, no matter how long you stay away, your feet are still stained in the soil of your homeland. For me – and for Tom Cortzen, I suspect, given the reason for his return – that soil is the relationships we’ve built within those countries. The relationships that make that country feel real, that make anything that happens to it feel like a visceral assault on somebody we love. Even Cortzen’s motivations to join the shadowy Sector 7 reflect this – it’s to discover what happened to an old friend of his, who died under suspicious circumstances in Saudi Arabia.

In Tom Cortzen, Bukkehave has given us a character that realizes what Michael Ondaatje writes in The English Patient – “We are the real countries.” With all the duty and emotion that entails.

Right now, For King and Country is only available in Danish.

We’re working hard to get For King and Country sold to an English publisher. If you’re interested in the book, please let us know by sending an email to forkingandcountrybook@gmail.com, as every little helps! 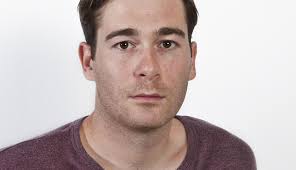 Tobias Bukkehave was born in Svendborg, Denmark, in 1980. He débuted in 2018 with the children’s novels The Journey to Arkadia and The Threat from Kragoria, both about a young boy called Elmer Baltazar. The Journey to Arkadia was nominated for the Orla Children’s Book Prize. Bukkehave also works as a screenwriter for film and television. He lives in Copenhagen with his partner and two children.

Jason Maurer was born in New Hampshire, raised in Vermont, educated in Scotland, found love in Finland, and found a life in Sweden. He’s currently completing an MA in media and communications at Malmö University and interning at the Danish marketing company Onlinestrategen.dk. He’s written two short stories and is finishing a novel.

Fiction reviewer ; Goodreads librarian. Retired library cataloger - more time to read! Loves books, gardening, and red wine. I have been a reviewer member of NetGalley since October 2013. I review titles offered by Edelweiss, and participate in blog tours with TLC Book Tours.
View all posts by Fictionophile →
This entry was posted in Guest post, Spy stories and tagged stand-alone novels, thrillers. Bookmark the permalink.