Posted on February 12, 2021 by Fictionophile

From Wikipedia: Nighthawking is the theft of archaeological artifacts from protected archaeological sites and areas under the cover of darkness, most commonly by members of the public with the use of a commercial metal detector. 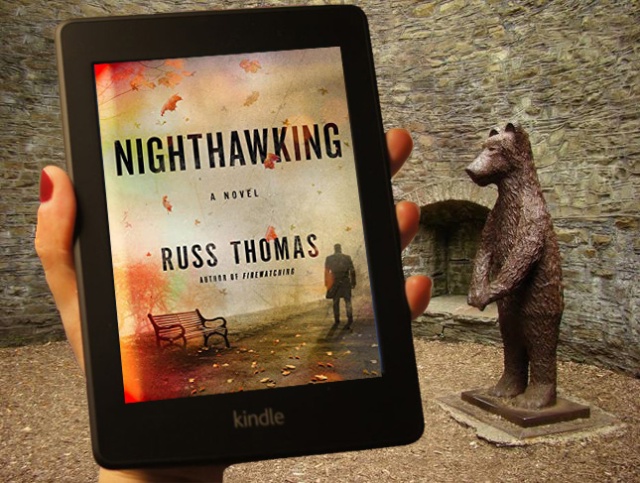 This sequel to the author’s debut “Firewatching” is set in and around Sheffield, England, features a unique and somewhat unusual team of police officers.

D.S. Adam Tyler – keenly observant and very sharp witted, a taciturn loner, gay, conflicted, and emotionally damaged. The son of a policeman, Tyler now works on cold cases and heads the CCRU (Cold Case Review Unit of the C.I.D.)  Very tall and handsome, Tyler is lusted after by his female colleagues even though they know about his sexual preference for men. Some of his male colleagues slyly demean him via innuendo and he is not popular. Behind his back they call him “Homo-Cop”: part faggot, part robot.

D.S. Guy Daley – Recently returned from being off on stress leave, he is suffering from PTSD and is wont to have drastic fluctuations in behavior.

D.I. Jim Doggett – a contemporary of Tyler’s father, who appreciates Tyler’s outstanding record when it comes to solving cold cases. He keeps Tyler on his toes with his snarkiness and sarcasm. Doggett is known to have bent the rules on occasion to procure his desired result.

D.C. Amina Rabbani – a young Indian policewoman who still lives at home with her parents. She is fiercely intelligent and very ambitious. She has lived in England all her life and has a strong Geordie accent. Newly promoted to ‘Detective’ she works for D.S. Tyler, in the CCRU. She is finding herself working on her own much more than she would like as her two superiors, Tyler and Daley, are missing in action most of the time. She often feels out of her depth.

D.C.I. Diane Jordan – another contemporary of Tyler’s father and also Tyler’s godmother. Jordan is famous for her ‘hands-on’ approach which makes her unpopular with some of her staff. Jordan has good reason to be very displeased with Tyler and Rabbani this time out and she juggles their well-being with her own superior, Detective Superintendent “The Eel” Stevens.

Their second outing sees them investigating a more recent cold case. A young Asian woman’s body has been found in Sheffield’s Botanical Gardens. It is believed she has been buried there for approximately seven months.

With manpower low, Tyler’s team are assigned to this case and the fate of the CCRU hangs by a thread. 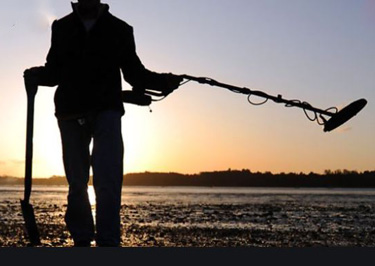 The ‘Nighthawkers’ in the story are a group of six people, five men and one woman, who go about with their metal detectors in search of buried treasure. They call themselves “South Yorkshire Metal Detectorists and Treasure Hunters Society“. Usually all they find are worthless bits and bobs, until they stumble on a cache of ancient and extremely valuable Roman coins.  This find will set about more than one tragic event.

One of the nighthawkers, Dave Carver, works as a volunteer at the Sheffield Botanical Gardens where the woman’s body was found. His is a particularly tragic story.

“When the worst thing that can happen to you has already happened, what is there left to be afraid of?”

In DS Adam Tyler’s second outing we learn more about what makes him tick. He is still obsessed with finding out why his father killed himself/was murdered? That is always at the back of his mind whatever case he is working on. On a personal level, Tyler’s relationship with Paul is on precarious ground.

DC Amina Rabbani’s character was also fleshed out further and I’ve come to be quite fond of her.

I really enjoy the writing in this series. The pacing is spot on, and there is a winning blend of personal vs. police story line. Though most of the story is quite serious in tone, I did laugh out loud at one point.

When I found out ‘whodunit’, I was quite surprised, and I love it when that happens. Also, it was entirely believable, so made the discovery all the more significant.

Though the police case was drawn to a satisfying conclusion, the ending was a real cliff-hanger for the series going forward. Personally, I can’t wait for the third installment. Well done Russ Thomas! Highly recommended!

“Nighthawking” has vastly different covers –
depending on which side of the Atlantic Ocean you live on. 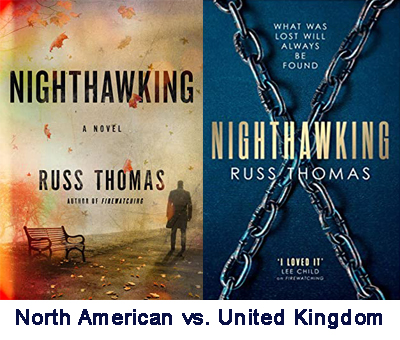 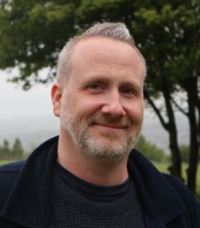 Russ Thomas was born in Essex, raised in Berkshire and now lives in Sheffield. He grew up in the 80s reading anything he could get his hands on at the library, writing stories, watching large amounts of television, playing video-games, and largely avoiding the great outdoors. He spent five years trying to master playing the electronic organ and another five trying to learn Spanish. It didn’t take him too long to realize that he’d be better off sticking to the writing.

After a few “proper” jobs (among them: pot-washer, optician’s receptionist, supermarket warehouse operative, call-centre telephonist and storage salesman) he discovered the joys of book-selling, where he could talk to people about books all day.

Nighthawking is his second novel in a series of crime thrillers set in Sheffield.