“The Last Garden in England” by Julia Kelly – Book Review

Posted on February 20, 2021 by Fictionophile

1907 – Venetia Smith is a single woman in her thirties. Despite the social mores of her time, she has gained a respected reputation as a garden designer. When she is hired to design the garden at Highbury House in Wiltshire, the task will change her life in ways she could never have anticipated.

1944 – As WWII rages on, Beth Pedley, a ‘land girl‘, is sent to work at a farm near the village of Highbury. Despite the arduous work, she comes to love living in the area and starts to feel that she has finally found a place she can call home. She befriends Stella Adderton, the cook up at the manor, and comes to the attention of the lady of the house, Diana Symonds.

Stella Adderton, the cook at Highbury House was born there. She longs to escape the confines of the house and the area. More than anything, she wants to travel and see the world. A family tragedy works towards seeing her hopes and dreams turn to dust.

Diana Symonds, Highbury House’s owner is a widow with a young son. She is distraught at having her beautiful home and garden requisitioned as an Army hospital. 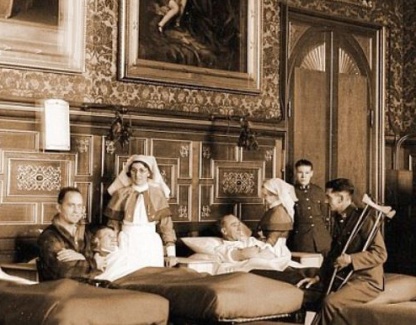 Present Day – Emma Lovett, a talented gardener who owns her own business, is hired by the current owners of Highbury House. They wish to restore the gardens as close as possible to the plans of the gardener’s creator, Venetia Smith. Emma becomes immersed in restoring the gardens, especially intriguing to her is one of the garden ‘rooms’ which has been locked for decades with no key…

I’ve always been an admirer of gardens, so this novel appealed to me right away. The stunning cover also attracted my attention. Unlike many historical novels that feature a ‘dual timeline’, this one has a ‘triple timeline’ which the author skillfully weaves together.

Personally, I loved the World War II time line the most. My favourite characters were Beth Pedley and Diana Symonds.  Along with the three story lines, there were also three love stories which were integral to the novel.

There were many things about this novel that I loved. Not least the two little boys in the WWII story. The descriptions of the gardens and the grueling farm work was vividly portrayed.

The book highlights the way that the socioeconomic status of women has changed over the years by giving the reader a first hand look at some strong female protagonists.

The one thing that marred my enjoyment somewhat was the myriad characters. It was difficult at times to follow when the narrative jumped from storyline to storyline just who was being discussed. Some chapter headings helpfully stated the year, but all of them did not. The writing was such that I was immersed in the book, and it was a tad jarring when I was lifted from one story to another.

I believe that this book will be loved by many. Those who appreciate historical fiction, those who admire gardens, and those who enjoy timeless love stories, will all come under its spell. I look forward to reading more of this author’s work.

This review was written voluntarily and my rating was in no way influenced by the fact that I received a complimentary digital copy of this novel from Gallery Books/Simon & Schuster Canada  via NetGalley. 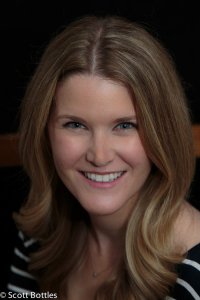 Julia Kelly is the international bestselling author of historical women’s fiction books about the extraordinary stories of the past. Her books have been translated into 11 languages. She has also written historical romance as well as fast-paced contemporary sports romance under the name Julia Blake. In addition to writing, she’s been an Emmy-nominated producer, journalist, marketing professional, and (for one summer) a tea waitress. Julia called Los Angeles, Iowa, and New York City home before settling in London.