Posted on February 22, 2021 by Fictionophile 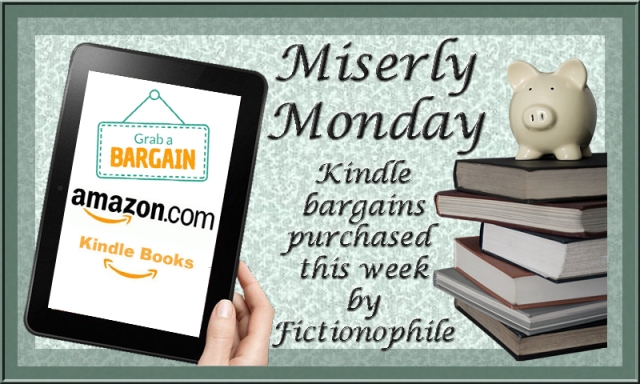 These books might vary in price from Amazon.ca to Amazon.com to Amazon.co.uk but they are all still BARGAINS!  Probably about what you would pay for a cup of coffee.

NOTE: The price tags reflect the U.S. and Canadian prices. (Apologies to my U.K. followers as the price will not display for me on Amazon.co.uk)

Click on the price tag to go to the Amazon.com link for the book.

Note: I do NOT receive any remuneration from Amazon.  These are just Kindle deals that I have found and want to share with my fellow book lovers.

I purchased SEVEN Ebooks this week for a total expenditure of $5.95

So, here are my Miserly Monday deals…

For fans of Jo Nesbo, Steig Larson, and Henning Mankell, a gripping Nordic thriller that was a bestseller in Denmark. The first installment in the Jensen and Sander series.

After the death of her industrialist father, Elizabeth Caspersen finds a compromising DVD in his safe: it seems to show two people being hunted to their death in a gruesome, well-organized manhunt. Michael Sander, a private investigator and security consultant, is hired to find out who the victims are and why Caspersen was involved. Meanwhile, police investigator Lene Jenesen is investigating the death of a decorated war veteran found hanged on his wedding night. Having recently come into money, the man appears to have been driven to suicide, but the question is, why?

As the two cases begin to intertwine, Lene and Michael uncover a chilling secret: the existence of a hunting club formed by Denmark’s elite businessmen, where the targets are humans who are carefully selected and made to run for their lives. As their investigations take them into the darkest depths of humanity, uncovering crimes that reach further than they ever imagined, Lene and Michael must team up to overcome an opponent who outstrips them in resources and lethal danger—before they become the ones who are hunted.

Dead Man’s Trench is the first book in the Norfolk Cozy Mystery series.

A man lies dead, deep in an excavation trench, an angry villager’s signature on a damming piece of evidence, and a race against time to discover the truth.

When the corpse of a hated local man is discovered, smelling of whiskey and with his head split open, the police conclude its suicide.

Ant and Lyn aren’t convinced, and as they uncover disturbing clues that point to murder, the amateur sleuths have only days to prove their theory before DI Riley closes the case – and leave a killer on the loose.

Set in the evocative landscape of Norfolk, this baffling cozy murder mystery with its thread of humour and hint of romance between our two lead characters, will keep you on the edge of your seat until the very end. 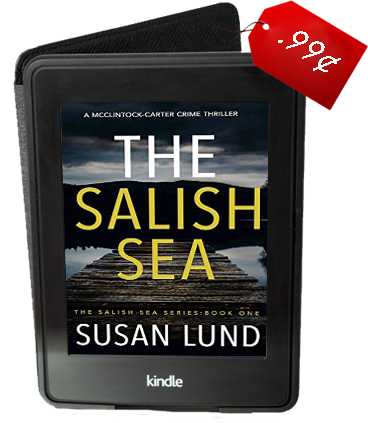 A girl with no name…

Penny doesn’t remember much about her childhood and what she does remember isn’t all that great. She and her mother moved too many times to a series of cheap motels. There were too many men visiting her mother and none of them were her father. As for him, all Penny knew was that her father was rich and dead.

When she was found abandoned on a deserted beach on the Salish Sea when she was four years old, Penny didn’t even know her own name. Shunted from one foster home to another, she struggled to overcome the odds.

When a Police Detective from the Victoria, B.C. Police Department calls about remains that were identified as belonging to her mother, Penny starts a quest to find out what happened to her and who her father really is. She enlists crime reporter Tess McClintock and Michael Carter to help her find her family, but when they start uncovering Penny’s past, not everyone is happy to learn their connection to the girl with no name.

Running rum during Prohibition, she’ll risk her life—and her heart.

Motherless and destitute, Frieda Hope is determined to make a better life for herself and her sister, Bea. The girls are taken in by a kindly fisherman named Silver, and Frieda begins to feel at home on the water. When Silver sells his fishing boat to WWI veteran Sam Hicks, thinking Sam would be a fine husband for Frieda, she’s outraged. But Frieda manages to talk Sam into teaching her to repair boat engines instead, so she has a trade of her own and won’t have to marry.

Frieda quickly discovers that a mechanic’s wages won’t support Bea and Silver, and is lured into a money-making team of rumrunners supplying alcohol to New York City speakeasies. Speeding into dangerous waters to transport illegal liquor, Frieda gets swept up in the lucrative, risky work—and swept off her feet by a handsome Ivy Leaguer who’s in it just for fun.

As danger mounts and her own feelings threaten to drown her, can Frieda find her way back to solid ground—and to a love that will sustain her? 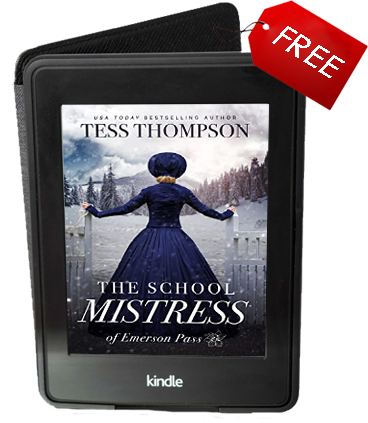 How easily can an open heart unlock the door to happily-ever-after?
When Miss Quinn Cooper arrives in Emerson Pass, Colorado, her entire life is packed into one small suitcase. Her widowed mother and baby sister are depending upon her for their survival back home in Boston. And the self-appointed mayor of the rugged mountain community is counting on Miss Cooper to prove herself a fitful teacher for the young and old alike.
Lord Alexander Barnes is determined to bring a bit of English civility to the wild terrain of Emerson Pass. Using his own resources, the widower and father of five builds a schoolhouse and recruits a young teacher from the east to provide an education for both the adults and the children in his rapidly growing mining town. But when the lovely, and much younger than anticipated, Miss Cooper arrives to town, Lord Barnes finds himself providing more than just employment when the boarding house proves to be an unsafe accommodation for the school mistress.
As Miss Cooper takes a room in the Barnes’ home, the five Barnes children are delighted. They are sure Miss Cooper is the perfect woman for their lonely father. But when a friend of the Englishman turns up dead, the hope for progress in the untamed town seems immediately lost. Can Miss Cooper and Lord Barnes bring change to the closed-minded locals? And will their endeavor open their hearts to something more?

Someone doesn’t want the house to sell, and is willing to do anything to stop it…

Nick and Amber Miller are splitting up and selling their Devon family home. But despite the desirable location, the house isn’t moving. Not a single viewing so far.

When their estate agent suggests an open house event, Amber agrees, even as she worries about their gossiping neighbours attending and snooping around their home.

But Amber has more to worry about than nosy neighbours. Because thirteen people enter her house that afternoon, and only twelve leave.

Everyone’s welcome. But not everyone leaves… 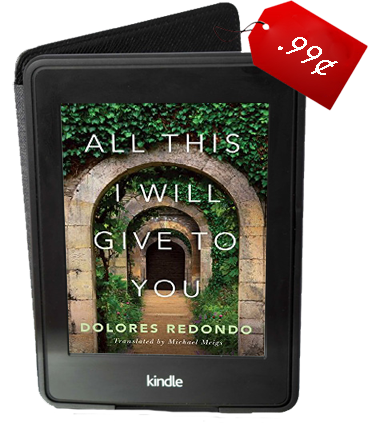 The award-winning, international bestselling page-burner about the secrets and lies of one man that lead another into a treacherous house of strangers…

When novelist Manuel Ortigosa learns that his husband, Álvaro, has been killed in a car crash, it comes as a devastating shock. It won’t be the last. He’s now arrived in Galicia. It’s where Álvaro died. It’s where the case has already been quickly closed as a tragic accident. It’s also where Álvaro hid his secrets.

The man to whom Manuel was married for fifteen years was not the unassuming man he knew.

Álvaro’s trail leads Manuel deep into one of Spain’s most powerful and guarded families. Behind the walls of their forbidding estate, Manuel is nothing but an unwelcome and dangerous intruder. Then he finds two allies: a stubbornly suspicious police lieutenant and Álvaro’s old friend—and private confessor—from seminary school. Together they’re collecting the pieces of Álvaro’s past, his double life, and his mysterious death.

But in the shadows of nobility and privilege, Manuel is about to unravel a web of corruption and deception that could be as fatal a trap for him as it was for the man he loved. 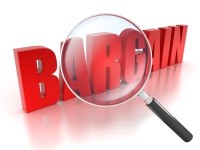 Have YOU found a great Kindle bargain this week? If so, please share in the comments.

Fiction reviewer ; Goodreads librarian. Retired library cataloger - more time to read! Loves books, gardening, and red wine. I have been a reviewer member of NetGalley since October 2013. I review titles offered by Edelweiss, and participate in blog tours with TLC Book Tours.
View all posts by Fictionophile →
This entry was posted in Kindle deals, Miserly Monday and tagged ebooks. Bookmark the permalink.