“When I Was Ten” by Fiona Cummins – Book Review

Posted on April 9, 2021 by Fictionophile

“The currency of secrets is more valuable than anything else, even money.” 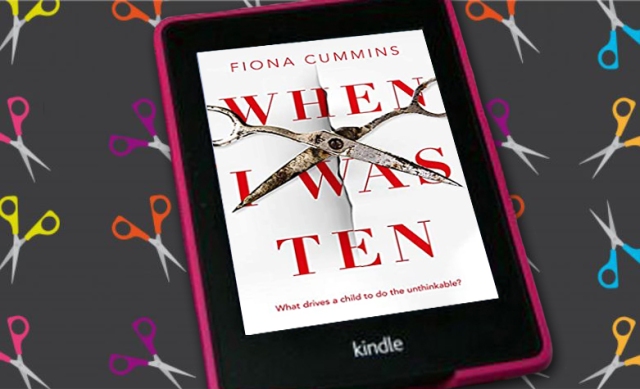 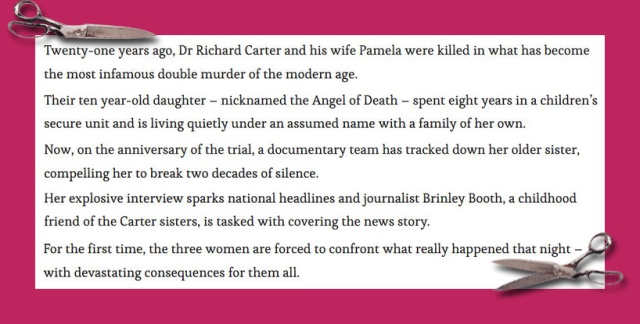 THEN: Dr. Richard Carter and his wife Pamela were probably the most despicable characters I’ve ever read about. Concerned only with themselves and how they appeared to the general public while treating their two daughters with a ruthless depravity.

NOW: Sara, the youngest Carter girl (who had confessed to the barbaric murder of her parents) is now 31 years old, and is married with a daughter of her own. She is living under the assumed name of Catherine Allen, and even her husband and her daughter do not know of her past.

Brinley, the Carter girls’ best friend has tried to bury the memories of that long ago day. Single, she now works as a journalist. When the eldest sister is interviewed, Brinley is thrust into a career make-or-break situation. Should she keep the secrets she has held close for two decades?

Shannon – the eldest Carter girl has just taken part in a live television documentary interview. Her actions will upend the lives of all three women.

Wow!  Just wow! I’m ashamed to admit that this was my first time ever reading work by Fiona Cummins. The great thing about that is I now have four other novels of hers to read!

This novel grabbed me right away and I finished it feeling as though I’d been trapped in a whirlwind and dropped.

The subject matter was oftentimes very dark. Those who cannot bear to read of children who are abused should stay well clear.

The repercussions of the withholding of love, humiliation, and physical and mental cruelty on a child’s psyche will follow them until their dying day. The book explored how this factor impacted the two abused sisters and their best friend.

The descriptions were expertly wrought. The characterization compelling. This book examines some serious issues such as parricide. It highlights how abusers are expert at keeping their crimes hidden.

The pace felt breakneck, but was not really. With flashbacks to that fateful day when she was ten, interspersed with scenes from one of the sisters’ lives and the life of their friend kept me mesmerized throughout.

Dark and twisty. Highly, highly recommended to all those who enjoy a well-written crime thriller which feels authentic and will keep you riveted to your reading chair.

I received a complimentary digital copy of this novel from Pan Macmillan via NetGalley – at my request,  for my own reading enjoyment and the writing of this review.

From the afterword: “This book was inspired by the dark deeds of child killer Mary Bell“.

Fiona Cummins is an award-winning former Daily Mirror show business journalist and a graduate of the Faber Academy Writing A Novel course.

She is the author of five best-selling thrillers: “Rattle“; “The Collector“; “The Neighbour“; “The Family Next Door“; and most recently “When I Was Ten“.

When Fiona is not writing, she can be found on Twitter, eating biscuits or walking her dog. She lives in Essex with her family.