Sarah Rock is an emotionally unstable woman in her late thirties. She is married and the mother of two children: Jason aged fourteen, and Darcy, aged twelve. From an upper class background, Sarah lives in a gothic style apartment building on Park Avenue.  She sees a therapist regularly and takes Prozac. Her point of view is suspect because she experiences blackouts, has terrible nightmares, and suffers from paranoia. She hates that her children don’t need her as much anymore, and she dislikes that they are away from her during the week at boarding school. Sarah is convinced that her husband Eric is having an affair with his younger co-worker Juliette. She has a lot of time on her hands, and her imagination is working overtime. 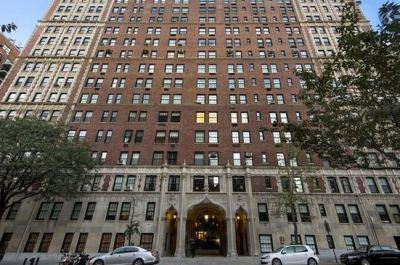 I continue to be amazed when I learn that a book was written by two different authors. How that can share such a personal creative endeavor is beyond me.

I am curious about this novel because it seemed to have two distinct parts as well. At about the halfway mark it changed in tone and feel.

Sarah was not a very likeable protagonist, but one cannot fail to sympathize with her.

This is not a murder mystery, yet a murder does occur.

The overriding themes of the novel include childhood trauma, loss, and the psycho-therapist/patient relationship. It explains how an emotionally fragile psyche can be influenced by a therapist, not always in a positive way.

The ending of the novel brought about closure to the plot, yet it did have an ending twist that seemed superfluous to requirements in my opinion. Though, to be fair, some readers might find the ending twist chilling…

All in all, an okay read.

This review was written voluntarily and my rating was in no way influenced by the fact that I received a complimentary digital copy of this novel from Beaufort Books via Edelweiss.

Fiction reviewer ; Goodreads librarian. Retired library cataloger - more time to read! Loves books, gardening, and red wine. I have been a reviewer member of NetGalley since October 2013. I review titles offered by Edelweiss, and participate in blog tours with TLC Book Tours.
View all posts by Fictionophile →
This entry was posted in Book Reviews, Edelweiss and tagged New York, stand-alone novels, thrillers. Bookmark the permalink.