“The Beauty Of Broken Things” by Victoria Connelly – Book Review 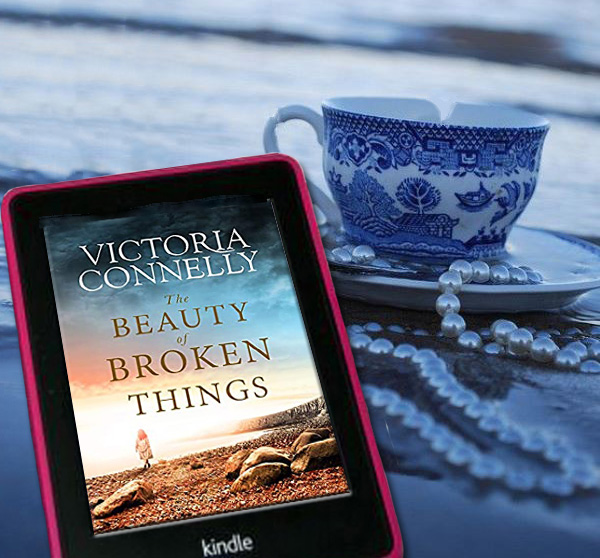 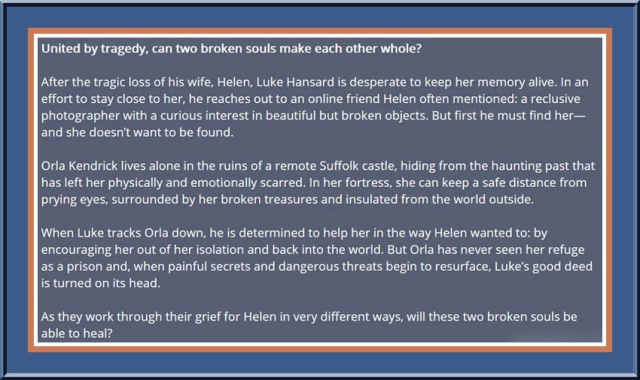 Helen Hansard is a vibrant woman in her early thirties. A keen photographer, she is debating giving up her steady job in the city and making photography her primary focus. She wants to follow her dream. One tragic day, on her homeward commute, Helen’s commuter train crashes. She and ten other people die…

Helen’s loving husband, Luke, a builder, is overwhelmed with grief. He doesn’t know how to go on without Helen, the love of his life.

Luke goes online to visit Helen’s favoured social media site, Galleria. He knows that she was good friends with another photographer who goes by the handle BB. When a delivery arrives at his house, he realizes that this is a gift Helen had intended to send to her online friend. Through some study of her online photos, Luke narrows down where BB lives. He doesn’t know her real name, but ventures off to visit this woman and deliver Helen’s gift to her.

When a stranger arrives at her home, Orla Kendrick is frightened and disturbed. A recluse, she lives in a castle on Suffolk’s coast. For two years now, after a tragic event, Orla has not ventured out of her home except to walk her large dog on the beach behind her home.

Luke is not dissuaded, and stays on the grounds until Orla finally accepts Helen’s gift. Eventually, the two become wary friends. Luke works on the decrepit castle and stays in one of the rooms there.

The friendship between these two broken people blossoms, and turns out to be therapeutic for them both.

What an enjoyable and heart-warming read. I relished getting to know the two main characters and found their story compelling.

This is a story about grief and how different people deal with their pain and loss. It was not a romance, but it did have the potential to be a love story.

The setting was magnificent. An atmospheric old castle in an idyllic setting. And that cover…. beautiful!

I also enjoyed the scenes that contained Orla’s overly large, one-eared dog. Aptly named ‘One Ear’ he added some canine joy to the narrative.

This lovely story was about finding the beauty where some think none exists. About embracing life, loss, friendship, and community.

Recommended to those readers who like character-rich novels with positive messages.

This review was written voluntarily and my rating was in no way influenced by the fact that I received a complimentary digital copy of this novel from Amazon Publishing UK via NetGalley  – Published June 9, 2020 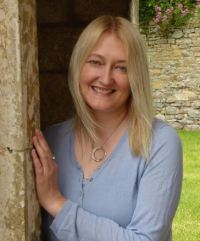 Victoria Connelly grew up in Norfolk and started writing her first novel when she was fourteen. She studied English Literature at Worcester University, reading the tragedies of Shakespeare and the novels of Thomas Hardy and knowing that she wanted to write stories with happy endings.

Her first novel Flights of Angels was bought in a bidding war between five publishers and was made into a film by Academy award-winning Ziegler Film.

She is also the author of three collections of short stories as well as two children’s novels, numerous novellas and the Mulberry Cottage series. To date, her books have sold over one million copies worldwide.

She lives in a 500-year old thatched cottage in rural Suffolk with her artist husband, a springer spaniel and a flock of rescued hens.