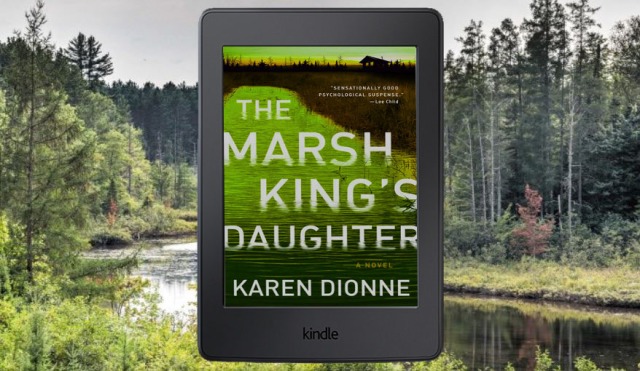 Helena Pelletier’s past comes back to haunt her when her criminal father escapes from prison. She has kept her past history a secret from her husband. Now, everything comes out into the open when Michigan State Police officers come to the door of her family home.

Helena realizes that the police will never find her father. He is an expert hunter and tracker of native Ojibwe descent. Though she has every reason to despise him for his treatment of her mother and herself, the little girl in her still holds some warped affection for the man who taught her everything he knows. 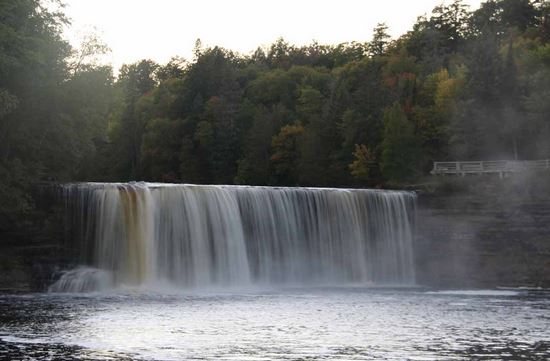 With her own honed skills as hunter/tracker, and her expert knowledge of her home territory in Michigan’s Upper Peninsula, she sets out to find her father and turn him in to the proper authorities. Leaving her husband and tiny daughters behind, she sets off in her truck with the company of her three-legged Plott Hound named Rambo. 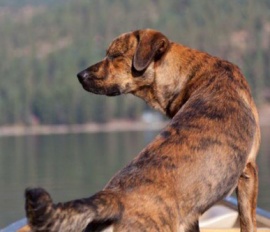 There have been several books written lately that feature characters who were abducted, or born into abduction. “The Marsh King’s Daughter” stands apart from the others. It was skillfully written with a unique slant on the trope. 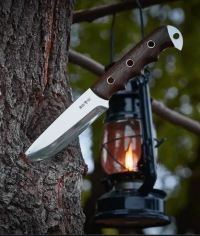 I thoroughly enjoyed reading of Helena’s early history and her convoluted affections for the man who fathered her. For the first twelve years of her life, Helena lived in primitive isolation without electricity or running water. Conflicted, deprived, abused, she well may have been, but she was also intelligent, skilled, and a true survivor. For the most part, I rooted for Helena throughout the novel. The only thing I disliked about her was her childhood distorted views of her mother – a woman who she seems to have no respect or affection for. With this dysfunctional family dynamic, I understood why she felt that way, but didn’t condone it. As she matured, her thinking about her mother evolved.

While reading, I learned a little about the native Ojibwe legends, way of life, and the expert skills they developed for living off the land with none of the conveniences we have come to expect. It was fascinating.

Jacob Holbrook, Helena’s father was a cruel man. A narcissistic sociopath with no moral compass. He was also a man who was a talented artist and expertly skilled trapper, hunter, and woodsman who truly understood sustainability.

Interspersed throughout the narrative were snippets from Hans Christian Andersen’s fairy tale “The Marsh King’s Daughter”.

This novel was a skillful blend of psychological thriller and action/adventure story. It spoke to the topics of nature vs. nurture, and dealt with a strong young woman whose life seemed filled to the brim with difficult, if not impossible choices to make.

I look forward to reading more by this talented author.

This review was written voluntarily and my rating was in no way influenced by the fact that I received a complimentary digital copy of this novel from G.P. Putnam’s Sons via Edelweiss  – Published June 13, 2017 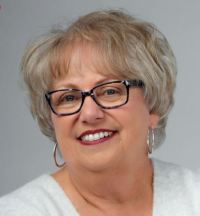 Karen Dionne is the USA Today and #1 internationally bestselling author of the award-winning psychological suspense novel The Marsh King’s Daughter published by G.P. Putnam’s Sons in the US and in 25 other languages, and The Wicked Sister (August 2020), also from G.P. Putnam’s Sons.

The Marsh King’s Daughter was named a 2018 Michigan Notable Book, took home the Barry and the Crimson Scribe Awards for Best Novel, and was chosen as one of the best books of 2017 by many booksellers and reviewers.

In a starred review, Publishers Weekly calls The Wicked Sister “A devastating, magic realism–dusted psychological thriller . . . Dionne paints a haunting portrait of a family hurtling toward the tragic destiny they can foresee but are powerless to stop.”

Karen enjoys nature photography and lives with her husband in Detroit’s northern suburbs.

Fiction reviewer ; Goodreads librarian. Retired library cataloger - more time to read! Loves books, gardening, and red wine. I have been a reviewer member of NetGalley since October 2013. I review titles offered by Edelweiss, and participate in blog tours with TLC Book Tours.
View all posts by Fictionophile →
This entry was posted in Book Reviews, Edelweiss and tagged Michigan, recommended reading, stand-alone novels, thrillers. Bookmark the permalink.