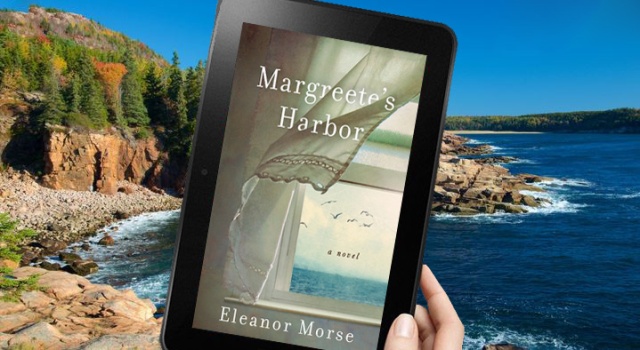 1955 – Margreete Hocking – an elderly woman who lives alone in a house beside the sea in the state of Maine. Margreete has been married three times, has had three children, and has lived a full and vibrant life, but now her memories are deteriorating. She is forgetful. One day she burns down the kitchen, and this mistake will change her life and the lives of her daughter’s family.

“It’s not safe to love. There’s no way to make love safe. Every time you love someone, you risk losing them. But living in safety is no way to live.”

Liddie Furber is married and has two children. She is a professional cellist and has lived with her husband and family in Michigan for the past eight years. Her husband, Harry is a school teacher. When they receive word of Liddie’s mother’s house fire, they abandon their lives in Ann Arbor and move the family back to Maine to live with Margreete. This is a big change for the family. They have to find new jobs, new friends, live in a much more rural location, and of course, look after Margreete. 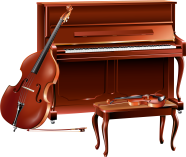 Once settled in Maine, they have a third child to further complicate the family dynamic.

Harry Furber – a history teacher, loves his family deeply. He didn’t serve in WWII, but he did participate in the Minnesota Starvation Experiment in 1945. His radical views will jeopardize his job. He informs his students that sometimes the history books don’t tell the whole truth…

Bernie Furber – the eldest child is a thoughtful, clumsy child who cares deeply about his family. He has a strong social conscience. Bernie’s best friend, Joe, is black, which makes them outcasts in their social circle.

Gretchen Furber – the baby of the family was a different little girl who felt a deep empathy and love of animals.

The family also had a dog and a cat. The dog, Fred, traveled from Michigan with the family. The old cat, Romeo, belonged to Margreete.

“You couldn’t see history, you couldn’t taste it or smell it, but it was lodged like a snake under a house. It was still happening, the same old snake coming up into the house, through different holes.”

This was one of those novels that I just knew would become one of my all-time favorites. It touched my heart with its eloquence.

The characters were so authentically and vividly portrayed that I felt I knew them – and shared their lives.

The Maine setting added greatly to the narrative and is one I’ve come to appreciate. The eye-catching cover drew me in, and I’m so, so glad it did.

Many, many themes were covered within the pages of “Margreete’s Harbor“. Marital relationships, fidelity, dementia, parenting, hurt, homosexuality, what it means to be a family, and life – glorious, messy life. The book eloquently portrays the complicated intricacies of married life.

“You can’t take bad things back. Not as a person. Not as a country. It becomes part of who you are.”

Set from the mid 1950s to the late 1960s, in addition to being a narrative about a decent, complicated family, this book also incorporated some pivotal events in American history. The civil unrest in the South, racism, the Vietnam war and the draft, the assassination of President Kennedy, the speeches of Martin Luther King, etc.

I highly recommend this wonderful novel to those who enjoy well executed literary fiction that is character focused and includes more than a little history. A wonderful read!

This review was written voluntarily and my rating was in no way influenced by the fact that I received a complimentary digital copy of this novel from St. Martin’s Press via NetGalley.

Eleanor Morse is an educator and author of four novels. White Dog Fell from the Sky was a Publishers Weekly Pick of the Week; An Unexpected Forest won the 2008 Independent Book Publisher’s Award for best regional fiction and the 2008 Maine Literary Award. She is on the faculty of Spalding University’s School of Creative and Professional Writing and lives on a small island off the coast of Maine.