“Not A Happy Family” by Shari Lapena – Book Review

Posted on September 12, 2021 by Fictionophile 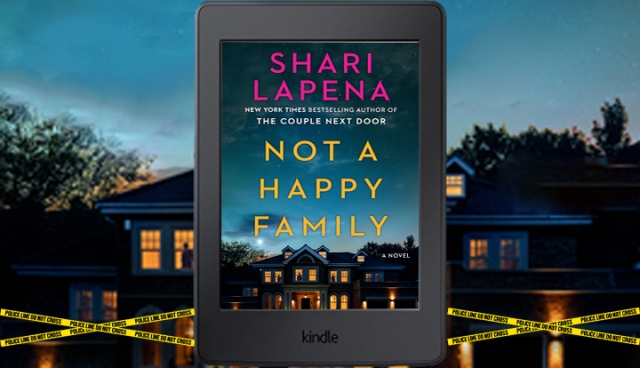 Fred Merton – the wealthy, malicious, manipulative and controlling patriarch of the family. He made his fortune at his Robotics company. His is an egotist who is disappointed in all three of his children.

Sheila Merton – the matriarch of the family has little backbone when standing up to her domineering husband. Her children hold little respect for her because of her weakness.

Catherine Merton – the oldest child, is married to Ted. She is a physician who has retained her maiden name. She is conservatively elegant and dresses in a classy manner. She aspires to one day inherit the beautiful family home when her parents pass away.

Dan Merton – married to Lisa.  Dan is the middle child. He earned his MBA with the goal of one day taking over the family business from his father. Meanwhile, his father having no respect for his abilities, sold the company. Now, six months afterward, Dan and Lisa are in financial difficulties. He deeply resents his father for selling the company.

Jenna Merton – the youngest child is a sculptor. Though quite talented, she still depends on her father to subsidize her financially. She prides herself on her unpredictability and likes to shock her parents with myriad partners and a somewhat bohemian lifestyle.

We meet the Merton family assembled all together to have Easter dinner. At this tense and uncomfortable feast, Fred Merton announces that they are selling their home and downsizing. This announcement cuts Catherine to the quick. All three children and their partners leave the dinner abruptly, before dessert is served.

Some other peripheral characters:

Audrey Stancik is Fred Merton’s sister. She missed attending Easter dinner because of a nasty flu bug. As she lies in bed, she is happy despite her illness. The reason? She is expecting a windfall.  A windfall she feels she is owed, since she has kept the family secrets for all these years.

Irena Dabrowski – formerly the family nanny  is now the part-time housekeeper. She essentially raised all three Merton children and considers herself to be part of the family.

Rose Cutter is Catherine Merton’s best friend and she is under stress. She works as an attorney and has recently done something she deeply regrets. A mistake that she must find a way to remedy herself…

Ellen Cutter, Rose’s mother is worried about her daughter. Ellen is a good friend of Audrey Stancik.

The real story begins when Irena goes to the Merton residence on the Tuesday after Easter to clean the house. She finds both Fred and Sheila Merton brutally murdered.

The Merton siblings are shocked when they hear the news. But more than that… they are RELIEVED!

All of the Merton siblings are harboring long-standing secrets.

And finally, the police detectives investigating the double homicide:

Detective Reyes is married with children. He prides himself on his work-life balance.

What a page turner! This is Shari Lapena at her very best. The narrative fairly races along as the Merton siblings fall into dissension. They are riddled with mistrust and suspicion. Lies and deception abound. Avarice is rampant.

Although at first it was thought the double murder was a robbery/home invasion, the spotlight quickly turns to the Merton offspring as there are millions of dollars to be split between them. But could one of them have commit such a brutal crime?

This is one novel where I have to say that I didn’t much care for any of the characters. That didn’t stop be rapidly turning pages though. It was like rubbernecking at a train wreck… You just HAD to find out who murdered Fred and Sheila Merton!

The story is told with serpentine twists throughout. You literally don’t know whether you’re coming or going.  The novel is told via multiple viewpoints, so you get to discern a little of what is going on in each of their minds. This is an addictive whodunit featuring a seriously dysfunctional family. It would make a fantastic movie. Highly recommended!

This review was written voluntarily and my rating was in no way influenced by the fact that I received a complimentary digital copy of this novel from Doubleday Canada via NetGalley. 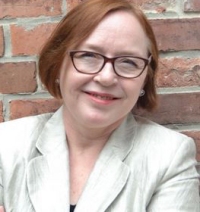 Shari Lapena is the internationally bestselling author of The Couple Next Door, A Stranger in the House, An Unwanted Guest, Someone We Know and The End of Her. She was a lawyer and an English teacher before turning her hand to fiction. She lives in Toronto, Ontario, Canada.