“Where I Can’t Follow” by Ashley Blooms – Book Review

Posted on February 11, 2022 by Fictionophile

“Sometimes just one touch of something you couldn’t keep
could keep you going your whole life.” 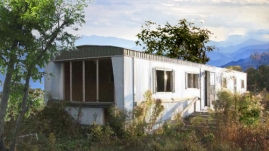 Now though, Maren’s grandmother is sick. Not only does she have pneumonia from wandering outside with no coat, but the reason she was wandering… She has dementia.

Maren had to leave college to look after her grandmother and now works at a small grocery store. Finances are tight. Worrying about her grandmother when she is at work, worrying which bills to pay and which to leave for another month, debt from when she was going to college… these worries are all taking a toll on Maren. She is so exhausted by her life that she can see no way to improve it.

Then, she too sees her door… it follows her around like a loyal dog.

To be able to afford to get someone to care for her grandmother and to pay the outstanding debts, Maren makes the momentous decision to sell some of her grandmother’s pain medication.

“You can lose your whole life that way, searching through the past, worrying about tomorrow. At some point you have to be where you’re at.”

This beautifully wrought novel was challenging to read because ‘magical realism’ is not something I’m usually comfortable with. That being said, Maren’s story was compelling and really pulled at my heartstrings.

“Houses dotting the hillside like wary creatures crouched between trees. Sterns was pretty from a distance, but I’d only ever seen it up close”.

The setting, a mountain community in rural Kentucky, added flavor to the narrative. The community, like a lot of America, is suffering via the opioid epidemic, and the fact that Maren is forced to resort to add to the suffering of her friends and neighbors is heart-wrenching.

The inter-dimensional doors in the novel were ambiguous and thought-provoking. Were they a decision to commit suicide? were they a magical portal to escape a wretched life? were they hope? a choice? does going through these doors symbolize a beginning, or an ending? 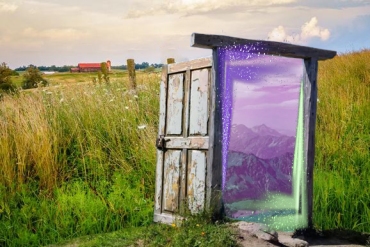 It is a novel that depicts the very real struggle that many have to endure. The everyday battle to keep going when hope is elusive and opportunities are few. Themes of responsibility, socio-economic limitations, addiction, self-doubt, disappointment, desperation, and mental illness permeate the story.

The writing itself was quite beautiful – and the novel was not without some humor. “There’s a family tree that would be better as a table”.

One thing I do know is that Maren Walker and her story are memorable. Though anyone who has trouble connecting to novels that have attributes of magical realism should probably give this a miss, I must say that for me it struck a chord on an emotional level. The characters and setting were portrayed with such empathy that I feel I can heartily recommend “Where I Can’t Follow“.

I received a complimentary digital copy of this novel from Sourcebooks Landmark via NetGalley at my request, for my own reading enjoyment and the writing of this review. 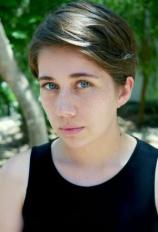 Ashley Blooms is a graduate of the Clarion Writer’s Workshop and the Tin House Winter Workshop and received her MFA as a John and Renee Grisham Fellow from the University of Mississippi.

She was raised in Cutshin, Kentucky, and now lives in Berea, Kentucky.

Fiction reviewer ; Goodreads librarian. Retired library cataloger - more time to read! Loves books, gardening, and red wine. I have been a reviewer member of NetGalley since October 2013. I review titles offered by Edelweiss, and participate in blog tours with TLC Book Tours.
View all posts by Fictionophile →
This entry was posted in Book Reviews, NetGalley and tagged Appalachia, magical realism, stand-alone novels. Bookmark the permalink.