Posted on February 13, 2022 by Fictionophile 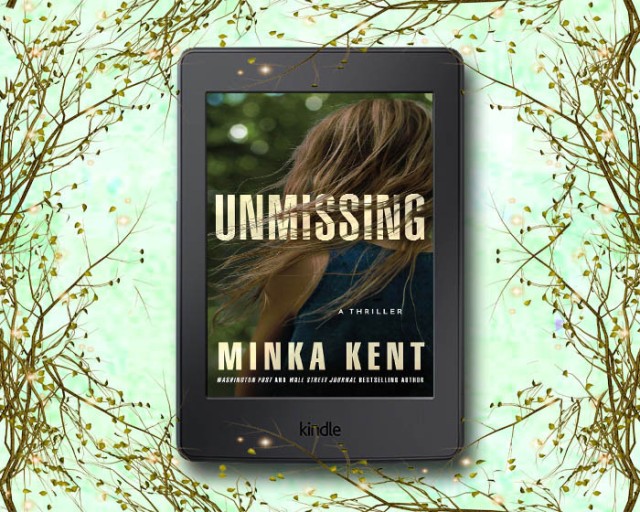 Lydia Coletto was twenty years old and only married a few months when she went missing. She went off for a solitary hike through the woods near her home and was never seen again. After a few years had passed her husband Luca had her declared officially dead.

Luca Coletto then married again to a beautiful woman who was a bit older than him. He became a successful restaurateur. Now, nine years after his first wife went missing, he is the father of a little girl and his wife is pregnant with a little boy. They seem happy except for the fact that they are having to downsize their restaurant empire due to financial setbacks.

Merritt Coletto, Luca’s new wife has everything she ever dreamed of. A husband who she adores, a lovely little girl, and another baby on the way. They live in a mansion on the Pacific coast, drive expensive cars, and have platinum credit cards.

Then, Lydia escapes from her abductor and makes her way back to her home… Her reappearance in her husband’s life turns the world upside down for all three of them.

Lydia is befriended by a local woman who has a shop in town. She lets her stay with her until she can ‘get on her feet’.

For the first half of this novel I had a real hard time bonding with the characters. I assumed I’d feel sympathy for the wife who was missing these past nine years, but she seemed so detached, so cold, that despite her dire ordeal – I really didn’t. And, I didn’t really feel much for the new wife either, she seemed so desperate, and it seemed SO unlikely that she would try to become friends with her beloved husband’s first wife. The husband did not react to his first wife’s reappearance as one would expect him to… They all seemed OFF….

THEN… a major plot twist turned everything on its head. Suddenly I was much more sympathetic with the first wife AND the second wife. From then on I literally gobbled up the pages to see how this convoluted scenario would pan out for the three adults involved.

If I listed the themes of this novel, I would spoil it for potential readers. It was all a question of which character was playing who. WHO was the manipulator and WHO was the ingenuous?

Short chapters, and the alternating points of view of the two wives, kept me engrossed in this twisty domestic thriller. Recommended to those readers who appreciate an audacious, titillating, slightly over the top, fast-paced read!

3.5 stars rounded up for Amazon & NetGalley

I received a complimentary digital copy of this novel from Thomas & Mercer (Amazon Publishing) via NetGalley at my request, for my own reading enjoyment and the writing of this review.

Minka Kent has been crafting stories since before she could scribble her name. With a love of the literary dark and twisted, Minka cut her teeth on Goosebumps and Fear Street, graduated to Stephen King as a teenager, and now counts Gillian Flynn, Chevy Stevens, and Caroline Kepnes amongst her favorite authors and biggest influences. Minka has always been curious about good people who do bad things and loves to explore what happens when larger-than-life characters are placed in fascinating situations.

In her non-writing life, Minka is a thirty-something wife and mother who equally enjoys sunny and rainy days, loves freshly cut hydrangeas, hides behind oversized sunglasses, travels to warmer climates every chance she gets, and bakes sweet treats when the mood strikes (spoiler alert: it’s often).