Posted on April 4, 2022 by Fictionophile 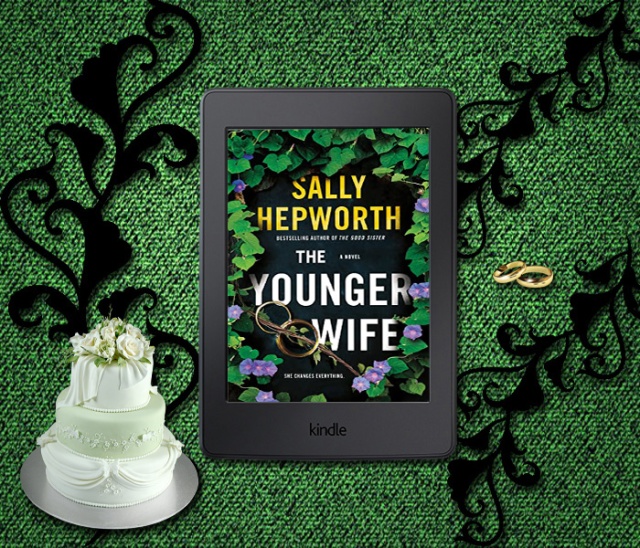 This book goes back and forth between the Wedding Day and how the story leads up to that event.

Stephen Aston – in his sixties, Stephen is a cardiac surgeon with an impeccable reputation in his field. Handsome, caring, he seems perfect. His wife, Pam, is suffering from early onset Alzheimer’s and is now living in a care home. His interior decorator, Heather, is the new woman in his life and he plans to make her his wife. There is a huge age gap between them however as Heather is younger than either of his two daughters.

Tully – The Aston’s neurotic eldest daughter is married to Sonny, a criminal lawyer, and has two pre-school boys. She has suffered from anxiety her entire life, and the way she copes with her feelings is to steal things… Tully is a kleptomaniac. She doesn’t need the things she steals, as her family is quite well off.

Rachel – The youngest  daughter, is beautiful but a bit chubby. Only… Rachel’s eating is a coping mechanism for a past trauma. A trauma that no one knows about but her. Charming, a perfect hostess with a good sense of humor, Rachel is an enigma. She bakes cakes for a living. Though she is in her thirties, she has never dated anyone.

Heather – Stephen Aston’s fiance, comes from a very dysfunctional family. She wants more from her life, she wants to be part of a loving family – the Aston family.

The daughter’s, still trying to come to grips emotionally with putting their mother in a nursing home, now have the added stress of having to welcome Heather into their lives.

The dedication of the novel reads “For my beloved Great-Aunty Gwen, whose secret hot-water bottle inspired this story.”

This is my third Sally Hepworth novel and I have to say, they just keep getting better and better! “The Younger Wife” was a compulsive read for sure.

Written from various viewpoints, this multi-layered narrative was compelling. The characters were so interesting, so damaged, yet seemingly coping… until they weren’t.

Some of the chapters were written by an unknown narrator and skipped ahead to “The Wedding”. When we come to realize who the narrator of these chapters is, the puzzle pieces begin to slot into place.

Yes, this was a novel about people coping with neuroses and trauma, about how our childhoods influence our adult lives. It is also about how our own memories can trick us and become distorted over time. The book spoke to the way that certain people have the capacity to manipulate others, making them doubt themselves. Overall though, it was about perception. About how others view us, about how we view others. You never really know a person until you live with them… and even then sometimes you are in for a drastic surprise.

“…there is some overlap between the parts of the brain that perceive and the parts that imagine.”

The ending tied up most of the loose ends, but maintained an element of ambiguity which made it open to interpretation. This would be an excellent choice for a book club. I’m certain it would generate some lively debate.

This was an expertly written thriller that will doubtless make my list of Top Reads for 2022. A didactic novel about a dysfunctional family – masquerading as a thriller, Brilliant!

This review was written voluntarily and my rating was in no way influenced by the fact that I received a complimentary digital copy of this novel from St. Martin’s Press via NetGalley.

Available for purchase April 5, 2022 – What are you waiting for? 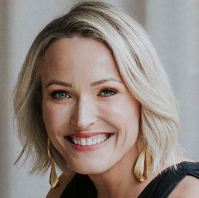 The Younger Wife (2022), Good Sister (2021), which was an instant bestseller. Her novel, Mother In Law (2019) has been optioned for a TV series by Hollywood actress and producer, Amy Poehler.
Drawing on the good, the bad and the downright odd of human behaviour, Sally writes incisively about family, relationships and identity. Her domestic thriller novels are laced with quirky humour, sass and a darkly charming tone.
Sally’s novels are available worldwide in English and have been translated into 20 languages.
​Sally lives in Melbourne, Australia with her husband and three children.

8 Responses to “The Younger Wife” by Sally Hepworth – Book Review