“It’s in those small moments, the ones that pass very quickly and don’t give a person any time to think, that true character is revealed.” 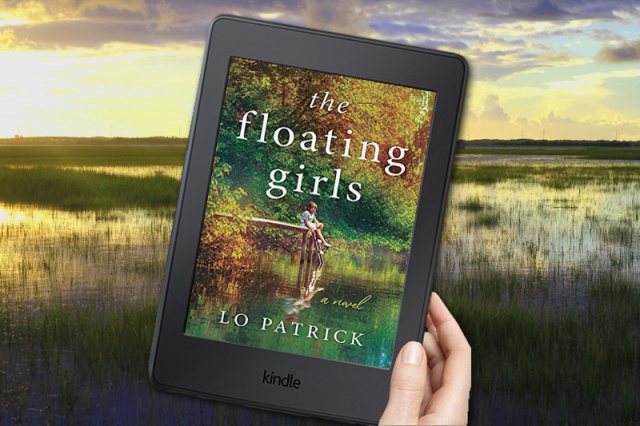 Kay Whitaker is twelve years old, dirt poor, fidgety, rebellious, and a chatterbox. She lives in a very rural area on the south Georgia coast marshes.

Here is what SHE has to say about:

Herself:“Constant movement was my most agitating personality trait as far as my father was concerned.”  “I liked going to class sometimes, because I’m prone to incurable boredom.” “Pressing buttons was my calling card.”

Where she lives: “Nobody can tell is you’re sweating or swimming in Bledsoe, it gets so thick outside.” “The reason a person moved to Bledsoe was because you didn’t have any money and needed cheap land. Most of the houses were homemade, ramshackle numbers on cinder blocks or with dirt floors.”

Her brothers: “Freddy was a year and a half older than me, so we were a little too close in age to like each other much.” “Freddy had the same personality as a bad butt rash and I wondered if it was because he was sick a lot when he was a baby.”

“Peter was almost four years older and always a good influence.” “Peter looked annoyed, or worried. I couldn’t really tell which, because my family was always one or the other, and it left the same expression on our faces.”

Her sister: (who always has to hide when the people from the state show up…)

“Sarah-Anne was in the middle of the boys.” Sometimes I remembered that Sarah-Anne used to talk, but it was like the memory of a dream. I couldn’t quite put my finger on it.” “Sarah-Anne was a few bulbs shy of a strand…”

Her mother: “My mother used to be a beauty herself, but she’d gone tired looking which was a trip since all she did all day was sleep and say she was about to.”

“Sometimes, when I saw a turtle, I thought about my mother. She wasn’t born with a shell though, so she had to find places to hide.”

Her father: “Our dad’s about as useful as a busted toaster, but I’d feel better if he were here is what I’m saying.”

Her home: “A house with a strong tilt is not to be taken seriously.”

“There were days when I would have done anything to be someone else, to be in  any other family, to have woken up under a different roof.”

“Words were few and far between in late August without air conditioning or a hope in the world.”

This novel left me with a book hangover. I was so immersed in Kay’s world and life, that it was almost a shock to surface after the last page was turned. This is the author’s debut novel, but the writing belied that fact. The novel was littered with phrases and descriptions that were so evocative of the place and characters that I found myself highlighting constantly. “…the sun so close to us like an iron overhead, pressing down with the steam button pushed hard.” “My disappointment was like really bad breath; you didn’t have to be very close to me to smell it.”

Narrated solely by the twelve year old Kay, the book recounts her life with poignancy, humor, naiveté, and insight beyond her tender years. Kay was a complicated blend of vulnerability and strength.

This was the story of an indigent, dysfunctional family. It had elements of mystery which the reader wants to discover, yet the narrative itself is enough to keep one sustained. It eloquently tells of family secrets, poor chances, poor choices, and dogged perseverance.

I’m certain that I’ll remember this book for a very, very long time. Highly recommended to those readers who enjoy skillfully written literary fiction – especially those who loved “Where The Crawdads Sing” by Delia Owens.

Would I read another novel by this author? In a heartbeat!

This review was written voluntarily and my rating was in no way influenced by the fact that I received a complimentary digital copy of this novel from Sourcebooks Landmark via NetGalley.

A former lawyer and musician, Lo Patrick lives in a suburb of Atlanta, Georgia with her husband and two children. “The Floating Girls” is Lo Patrick’s debut novel.

2 Responses to “The Floating Girls” by Lo Patrick – Book Review