“The Couple at Causeway Cottage” by Diane Jeffrey – Book Review

Posted on September 11, 2022 by Fictionophile

Kat and Mark Fisher move to the idyllic island of Rathlin, off the coast of Northern Ireland. Their reasons are twofold. They want to escape their hectic London life and start a family, and, they want to be closer to Mark’s mother who is now living in a care home.

They no sooner move in when you are made aware that they are both keeping secrets from one another. Secrets that in time will erode their marriage into dust… 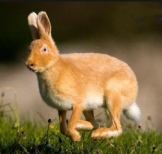 Mark is away from the island a lot due to work. Kat spends her days building up her photography portfolio by taking nature shots around the island. She also is a keen runner, and soon finds a running partner in a local man, Darragh Moore and his sheepdog, Dexter.

When Mark’s mother passes away, his personality begins to change. His moods are mercurial and volatile and he lies to Kat about important things.

Kat too is less than forthcoming. For she has visited the area before, when she was just a teenager – and something tragic happened when she was there…

“The longer you keep something a secret, the harder it is to confess.
And the easier it is to bury it under another layer of lies.”

This was a real page turner! At first I thought it was going to be more along the lines of a romantic suspense novel, but it veered into a psychological thriller with a surprising ending.

Themes explored in this story were the age old ones of infidelity, revenge,  and above all the perils of secrecy. The reader doesn’t know which of the characters to trust.

This novel was a fairly quick read and held my interest throughout. This is my first read from Diane Jeffrey and now I’m interested in pursuing her backlist titles. Recommended to all fans of the genre.

This review was written voluntarily and my rating was in no way influenced by the fact that I received a complimentary digital copy of this novel from the author.   It was published by HarperCollins on August 18, 2022

Diane Jeffrey grew up in the UK: in North Devon and Northern Ireland.

After obtaining a BA joint honours degree in French and German from the University of Nottingham, she decided to become a teacher. As she felt that she wasn’t fluent enough in French or German to teach either subject, she moved to France, where she became an English teacher. She now lives in Lyon with her husband and their three children, black Labrador and cat.

Diane started writing poems and short stories at about five years of age. After lots of rejection letters and emails over the years from agents and editors, her debut novel was published when she was 43, which just goes to show: you should never give up!

Diane Jeffrey has written five psychological thrillers, all published by HQ, an imprint of HarperCollins, and all bestselling ebooks: Those Who Lie (2017), He Will Find You (2018), The Guilty Mother (2019), a USA Today bestseller, The Silent Friend (2020), A Karin Slaughter Killer Reads pick for ASDA, and The Couple at Causeway Cottage (2022). She is currently working on her sixth novel.

When she is not teaching or writing, she runs (a little) and swims (a lot). Diane devours chocolate, books and beer. She love holidays and traveling. Above all, she enjoys spending time with her family and friends.